Home > Alien Agenda > Did Aliens Visit And Teach Us Lessons During The Cold War? 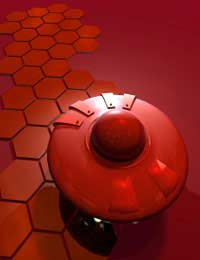 The Cold War dominated world politics for almost half a century following the Second World War; a period that coincided with the emergence of the UFO phenomenon. Some would say that this was not a coincidence, however; that perhaps the reason aliens began to take a more obvious interest in our planet and our species was that we had demonstrably mastered the secrets of the atom and now harnessed its awesome destructive power in atomic bombs.

How did the aliens view our global Cold War conflict? Two extraordinary incidents might give us a clue. The first occurred at Malmstrom Air Force Base in Montana in 1967.

What Happened At Malmstrom Air Force Base

The base held a number of launch-ready Intercontinental ballistic missiles and atomic bombs (ICBMs). One morning some personnel on the base began to spot strange aerial phenomena - a red, glowing flying UFO, flitting around the sky near the base and remaining still from time to time. Reports began to come into the base commanders of these UFO sightings. As the officers were still wondering whether this was some kind of prank their men were playing on them, something very alarming happened: a klaxon began to sound. The klaxon sounded whenever a nuclear missile had become non-operational. Moments after the first one failed, another did too; then another and another. Within seconds, all ten nuclear missiles in one of the base's Launch Control Centres had gone offline. Another launch control centre, belonging to the same base but located around 20 miles away, experienced exactly the same phenomenon.

This was a major event and triggered alarms and interest throughout the country. The base personnel were unable to discover the source of the fault. Expert engineers from Boeing were later brought in to study the issue. They too were unable to determine the cause of the problem. All of the equipment seemed to be correctly operational.

What Happened Later At Byelokoroviche, Ukraine

A similar but even more alarming incident occurred in the Soviet Union in 1982. On the night of October 4th, at Byelokoroviche in the Ukraine, many people observed a huge unidentified flying object (UFO), saucer-shaped and with a perfect geometrical form, sitting and occasionally, rotating in the sky. At the nearby nuclear missile base, something astonishing happened: the missiles started to launch!

Normally a launch could only be initiated from Moscow. Yet no-one had transmitted the order. No-one locally had done anything either. The missiles were launching of their own accord. Engineers struggled to regain control of the system. Mercifully, they were able to do so quickly but, for fifteen agonising seconds, nuclear missiles with atomic bombs, pointed at the United States, were undergoing their launch process. Had the launch process completed, it would, without question, have triggered a global nuclear war.

What was the meaning of these incidents? If UFOs were responsible, did the malfunctions in the equipment occur through simple interference of the alien technology with our own? Or was it deliberate? Some believe the aliens were trying to send us a message in these incidents; and the message was: cool it, and learn some humility. However big and bad you think you are; there's always someone badder.

Alternative Perspectives on UFOs and the Cold War

Sceptics of the reality of UFOs also have something to say about the relationship of the phenomenon to the Cold War. Those who favour Jungian-style psychological explanations believe the threat of global destruction, which the Cold War created, inspired people to look to the skies for some kind of saviour. In previous eras, this might have taken the form of a religion. In our technological age, it came in the shape of the alien "Space Brothers."

There is also another strain of thought which holds that, besides there being no underlying reality to the extra-terrestrial phenomenon, it is a myth which has been deliberately cultivated by governments for their own covert national security purposes.

These might include simple deterrence. If your enemy believes that you have obtained advanced technology from crashed alien spacecraft and extra-terrestrials, they are likely to be more wary of attacking you.

Another of these purposes might be to conceal classified military projects. If a government does not wish to alert a potential adversary that it is developing a secret, experimental aircraft, the popular belief that alien spaceships and UFOs are visiting us might be very useful indeed. With that notion firmly in place, any sighting of something odd in the skies might be attributed to the ETs rather than to the government; those reporting it might well be dismissed as wackos; and as a result, the story of something unusual being seen would be less likely to reach the ears of your enemy and, if it did reach them, less likely to be taken seriously.

What Can We Learn From These Supposed Alien Visitations?

Whatever your perspective on the reality of UFOs, it does seem that the Cold War was intimately related to it. Whether UFOs are alien spacecraft, the product of our deluded imaginations or a myth deliberately cultivated by governments, all motivations seem ultimately to derive from that great global conflict.