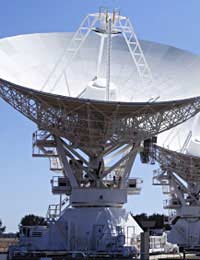 In the first flush of UFO mania in the late 1940s reaction to the phenomenon was fresh and uninhibited. Raw amazement and open bewilderment were expressed by ordinary people, scientists, politicians and the military. There was a public clamour for an official investigation. After all, these mysterious aircraft might well have been some form of Soviet secret weapon. How could the government just ignore something which might present a threat?

The era of official investigation opened in the early 1950s and lasted approximately until the beginning of the 1970s. Projects Grudge and Blue Book were sufficient to stave off the public outcry. But did they ever do any real investigation? Most outside observers, and some inside observers such as J. Allen Hynek, one of Blue Book’s consulting scientists, conclude that there was no real investigative intent in any of these inquiries. Their results appear to have been framed in advance, and their agenda was nothing more than to give the appearance of doing something about UFOs to appease the members of the public and politicians who persisted in asking pestering questions about the subject.

As well as the official projects, a number of private UFO research organisations came into being. Today several of these still exist, including the Mutual UFO Network (MUFON), NICAP (the National Investigations Committee on Aerial Phenomena) and the Centre for UFO Studies (CUFOS). The Committee for Sceptical Inquiry (CSI, formerly CSICOP) should also be mentioned, although it approaches the UFO phenomenon from a resolutely sceptical perspective.

Typically these organisations have a few thousand members who pay a subscription and receive a newsletter or journal periodically. They usually maintain some facility, such as a web page or a telephone hotline, through which anyone can report a UFO encounter. The organisation’s members may serve as field investigators and turn up, asking further questions of the witnesses or probing events at the scene. Reports are stored and filed away and the most notable feature in the organisation’s journal. Although their boards of directors typically include a few scientists, the truth is that these organisations survive on shoestring budgets with minimal complements of paid staff and lack the resources needed to pursue a large-scale, wide-ranging scientific inquiry of the UFO phenomenon as a whole.

For a time, it seemed like NICAP in the United States might be an exception to this. In 1964, it issued a comprehensive “UFO Evidence” report which attracted a great deal of attention. Its membership and staff increased and, for a while, NICAP was the “go-to” group whenever a news organisation needed a UFO quote. It looked as if things were building up to some kind of breakthrough, but the publication of the dismissive report of the officially-sanctioned Condon committee put a great dampener on things. Even though it has now been demonstrated that the Condon committee was only going through the motions, and had already arrived at its conclusions before its investigation had even begun, many of the casually UFO-curious members of the public found the sceptical conclusions of this panel of eminent scientists persuasive. NICAP’s resources dwindled, and though it still survives, it is in a much diminished capacity.

Apart from the resource-constraint issues which limit their effectiveness, a few of the deeper thinkers in the UFO field, such as Jacques Vallée, have denounced the major UFO research organisations for their whole approach to the subject, claiming that they are obsessed with the extra-terrestrial hypothesis and not open enough to other, more parapsychological, possibilities.It seems that only the government has the resources and the credibility, whether deserved or not, to take the study of UFOs forward. Yet, in our own time, officialdom has shown barely a hint of interest in the phenomenon. And there is at the moment almost no pressure on the government to undertake an investigation of UFOs. Paradoxically, this is because the conspiratorial belief that the government already knows all about UFOs, and is probably colluding with extra-terrestrials, has taken hold among those with the greatest interest in the subject. In so far as UFO aficionados now exert any pressure on governments, it is for disclosure – in other words getting them to tell us what we think they already know - rather than for further research.

Although public belief in UFOs remains high, at about one quarter of the population in the UK and one half in the US, we seem to have grown comfortable with the status quo, thinking that the government either knows all about UFOs and isn’t telling us, or just genuinely doesn’t care. Private organisations soldier on but are doing no more than treading water. UFO research appears to be stagnant, with no sign of a major breakthrough in sight.

The Close Encounters of J. Allen Hynek
Share Your Story, Join the Discussion or Seek Advice..
I am writing in hopes you can direct me to someone who can analyze my encounter with a UFO.I have taken several photos and as i read on your website about copy writing it first. I hope i can get more information on how or who to contact to do so.These pictures are like no other i have seen ever.It was a close personal contact and the object was taken after pulling off the freeway to take these photos.I pulled off the exit and my interior lights shut of and stereo faded out and car shut off as i coasted off, my lights bleeped on and the stereo also came back on, and my car was then running.My boyfriend was telling me to look at an object that was very large on top of a building and it was hovering with red lights around it.so i was exiting and parked to start taking photos.As i started to take photos, my boyfriend started to sound a little nervous telling me to stop and lets go, i said i want to take a few more and we will leave, and all i seen was my shutter opening and closing he then started to get upset stating that what ever it is , it is coming straight for us and very fast too.I started to ask if he was scared and he said no but i am going to get out and walk because it is right in front of us, and he wasnt trying to get abducted so could we please go.I said ok hold on just a couple more and we will go.Once we got to our destination we got out of the car and I began to feel extremely dazed and felt as if my legs were wobbly and my head felt as if i were on a merry go round for a long time and couldn't gain my stability nor my thoughts at that.I then became nauseated so bad i had to stand still and hope that i didnt get sick in front of the building.I said to my boyfriend how bad i felt and i didnt think i could walk to the main door, he said i dont feel well myself, and i feel like vomiting too. He told me to hold on to his arm and we will go a sit down in hopes we feel better soon.We entered into the building and i am still a little lost as to how long i was sitting and where i went to sit down inside i say it was about an hour or so before i felt ok.I was really shaken up and was sick for what i had felt after the encounter with this object.Once we got home , i connected my phone to my computer and had to enhance these photos because i took them without a flash.I was so shocked as to what i seen i still have a hard time with these photos.and am very concernedto what it is.It has eyes and you can see the speed in the lower part of the face before it stopped in front of my camera and you can see it at a stand still it had eyes and three dots on top of its head, it was florescent green and it is amazing but i am very curious to get help to analyze these photos or see if someone would be interested in themor copywriter them ect. please contact me regarding this matter i would appreciate it sincerely Mrs. Annette Gonzales
annette - 29-Nov-12 @ 10:54 AM
Title:
(never shown)
Firstname:
(never shown)
Surname:
(never shown)
Email:
(never shown)
Nickname:
(shown)
Comment:
Validate: