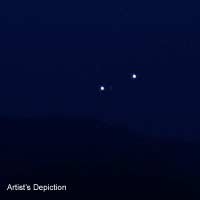 The small Scottish town of Bonnybridge (pop. 6,000) not far from Edinburgh, bills itself the UFO capital of the world. According to its colourful local councillor, Billy Buchanan, almost half of the town’s residents have seen a UFO at one time or another and on a yearly basis, around 300 sighting reports are received from Bonnybridge and its environs – an area stretching from Stirling to the outskirts of Edinburgh which has been dubbed the “Falkirk Triangle”.

It all started in 1992 when James Walker noticed some strange lights in the sky while driving home. At first he thought they were stars but was startled when he saw them move and assumed a triangle shape. Since then, UFO sightings have been coming in thick and fast in Bonnybridge. Local politician Billy Buchanan, in among all the other mundane problems such as burst water mains and inadequate rubbish collection which his constituents asked him to solve, found himself receiving more and more complaints about UFOs. Eventually, these reached such a volume that he felt he could ignore the issue no longer. He chose to go public with it, attracting massive media attention to the town. Councillor Buchanan wrote to the Queen, the Prime Minister and the Ministry of Defence, demanding that the UFO reports be investigated. Predictably, the publicity generated resulted in even more people coming forward, claiming to have seen UFOs.

Fortunately, in the modern age, lots of people have video cameras or cameras on their mobile phones, so one feature of the Falkirk Triangle flap has been that quite a few of the UFOs spotted have also been captured on film or photograph. Many of the sightings occur at night and consist simply of weird lights in the sky. Often, they change shape or colour or modulate in brightness over time.

There’s more to the Falkirk Triangle sightings than lights in the sky, however. Take the case of the Slogett family, for example. Like others, they saw a mysterious blue light in the sky as they walked home one evening. But then they saw a flying saucer “about the size of a house” land right in moorland close by. They heard some kind of sound suggestive of a door opening on the vehicle. Terrified, they ran away as fast as they possibly could but were pursued by two smaller crafts. Eventually, the crafts disappeared and the family made it home safely. Alien abductions have also been reported in the area.

Could there be a conventional explanation for the spate of UFO sightings in the Falkirk Triangle? Scotland certainly has its fair share of military bases. Could the apparent UFOs be nothing more than experimental military aircraft being tested at night? Certainly, many of the Falkirk Triangle sightings are at long-range and occur at night. Secret aircraft could perhaps account for some of these but not for the short-range sightings or the reports of alien abduction.

Sceptics claim that the Bonnybridge UFO hotspot is bogus – a grand scheme concocted by Billy Buchanan to drum up interest in his town, which has languished in the economic doldrums for some time and where a little more tourist traffic would no doubt be good for the local economy. A certain amount of UFO tourism has indeed developed in response to the flood of sighting reports. And Councillor Buchanan wants more. He has been talking up a scheme to build a UFO information centre tourist attraction in the town but so far nothing has come of it owing to a lack of funding.

Others believe that there really is something to the Bonnybridge phenomenon, but that Councillor Buchanan has made the most of it, perhaps exaggerating a little to try and win publicity for his town. He has certainly succeeded in that with the establishment of a twinning relationship with Roswell in New Mexico, site of the famous alleged saucer crash in 1947.

Some locals are reportedly unhappy with Councillor Buchanan, complaining that he has made the town a laughing stock. Everywhere they go, they say, whenever they tell others they are from Bonnybridge, they find themselves being asked questions about UFOs.

A disproportionate number of UFO reports are still received from the Falkirk Triangle area. It does seem to be one of the world’s current premier UFO hotspots. So, if you fancy seeing one for yourself, why not pay the town a visit, put a smile on Billy Buchanan’s face and help the local tourism trade?