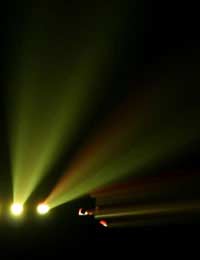 Almost from the dawn of the flying saucer era the phenomenon appears to have been mixed up with humankind’s religious impulses. Carl Jung, in drawing a parallel between the image of the flying saucer and the mandala – the archetypal symbol of spiritual unity – emphasised this point, and the UFO cult phenomenon does appear to bear him out.

Arrival of the Space Brothers

In the last few decades, quite a few people have claimed that they have been contacted by aliens, designated a special prophet or messenger by them, and told to bring the word to the human race.

Typically, the alien message is laced with a New Age-style religious pabulum and the Great Leader quickly acquires a coterie of followers willing to pay big chunks of their income into the leader’s bank account. George Adamski was one of the early cult leaders and almost certainly a conscious con artist. In many cases, however, it is far from clear whether the cult leaders are sincere in their beliefs or not.

One notable British entry into the UFO cult scene was the Aetherius Society, founded by London cab driver George King. George liked to do a bit of yoga in his spare time and, one day, while he was in a yogic trance state, an alien spoke to him, telling him he was The One. The alien was one of the Cosmic Masters and instructed George to found a society and spread the word. King died in California in 1997 – the aliens told him to move to America in 1959 – but his organisation still exists today.

Predictions often form an important part of the alien message to the human race. Often, they are helpfully placed far enough in the future that the leader doesn’t have to worry about what to do if the prediction doesn’t come true. Occasionally, though, more short-term predictions are made. This can pose problems for cult cohesion if the prophecy isn’t fulfilled, though often the failure is rationalised in some way that allows the organisation’s integrity to be maintained.

Although the heyday of the UFO cults was in the 50s and 60s, some do still exist and, on occasion, are able to grab headlines.

The Heaven’s Gate cultists, for example, attracted a great deal of attention when the comet Hale-Bopp passed close to Earth in 1997. The cult members believed that a UFO was hiding behind the comet and that its benevolent alien occupants intended to bring salvation to mankind. So convinced were they in this unlikely scenario that they joyfully committed suicide as the comet approached, expected to be beamed up into nirvana with the aliens. They left poignant videotape messages shortly before their suicides, which were broadcast around the world in the days following.

One of the most striking things about the modern UFO cults is how they are able to attract highly intelligent, prosperous professionals who seem easily capable of leading happy and successful lives.

The same phenomenon can be seen in the case of another modern UFO cult, the Raelians. It was founded in France in the 1970s by former racing car journalist Claude Vorilhon, who claimed he had met a small alien at the top of a volcano who took him for a trip through space on his flying saucer. The aliens dubbed Vorilhon Rael and told him that they wanted him to be their emissary and carry their message to mankind. He was to raise the level of human consciousness and prepare humanity for the time when the aliens revealed themselves, something supposed to occur in 2035.

The Raelians embrace science and fear that traditional religions obstruct human progress through their fear of it. In 2002, the Raelians made headlines around the world when they claimed to have cloned a human being. The claim has never been validated but Raelians are generally in favour of pushing the envelope with regards to genetic experimentation. They believe that life on Earth arose through a genetic experiment mounted by aliens and are convinced that humans will one day sow life on other worlds too.

UFO cults are one of the most bizarre and unsavoury aspects of the flying saucer phenomenon. It would be possible to laugh at them merely as fraudulent vehicles for siphoning off cash from the gullible, were it not for in the loss of innocent life which has sometimes been involved. Since there are quite a few of these cults still in existence, no doubt the last chapter has yet to be written in this strange modern saga.