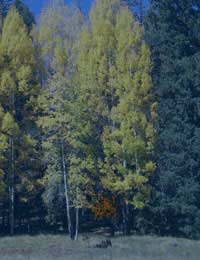 The Travis Walton case is one of the most celebrated UFO abduction stories. It has been the subject of books and Hollywood films, yet still remains shrouded in controversy.

The Strange Disappearance of Travis Walton

Travis Walton was an 18-year old lumberjack, working in Arizona in 1975. As he and his colleagues were returning from work one evening in a pickup truck, they noticed a strange light glimmering through the trees of the forest. Approaching to get a better look, they were astonished to see a flying saucer hovering just above the forest floor, radiating an eerie light on everything round about. While the others held back, Walton walked up to the mysterious craft.

Once he had drawn close to it, he examined its metallic hull, and heard the hum and throb of machinery coming from inside. After a few seconds, he appeared to be struck by an energy beam emanating from the vehicle. It flung him forcefully up into the air and knocked him backwards. Walton’s friends fled in terror, assuming that aliens were about to attack them all. Bundling back into the vehicle, they sped through the rough country roads back towards town, before plucking up the courage to return and look for their friend.

Searching the area, they found the disc gone and no sign of Travis Walton. Despondently, they returned to town and spread the word about what had happened. The local police were sceptical, suspicious that Walton might have been murdered and the UFO story concocted to cover it up. As the sheriff relayed the news to Walton’s mother, however, he was struck by her calm demeanour.

Search parties swarmed the site and the surrounding woods over the next few days. No sign of Walton was found. There was not even a disturbance of the earth where the mystery craft was said to have appeared.

The Return of Travis Walton

A few days later, a reverse-charges call came to the home of Grant Neff, Walton’s brother-in-law. It was Travis. He was in a phone box and wanted someone to come and pick him up. Members of the Walton family sped to the scene, where they found Travis collapsed and unconscious in the telephone box. After undergoing some medical examinations, Walton was found to be unhurt.

He said he had woken up in a bed in a strange room to find himself surrounded by strange alien beings. His description of them recalled that of classic alien “Greys”, although he described them as wearing red boiler-type suits. Walton claimed to have scared the beings off after brandishing a glass-like cylinder he found by his bedside.

Afterwards, he wandered through the ship, encountering a mysterious planetarium-like room, before meeting a human wearing a strange helmet. The human led him out of the ship into a large hangar full of other disc-like ships of varying sizes.There he encountered yet more humans who seemed friendly but did not respond to his questions. One of the humans raised a mask to his face which almost immediately rendered him unconscious. When he awoke, he was lying in the countryside, watching the saucer speed away into the night.

Reaction to the Travis Walton Story

Walton’s story immediately attracted a lot of media attention. Large sums of money were handed over to the Waltons for story rights. Almost from the beginning, however, there were those who felt that the story didn’t quite hang together. For one thing, Travis Walton was subjected to a polygraph test and failed it abysmally. Later, other polygraph tests were adminstered to both Walton and his fellow lumberjacks and, though their results were less clearcut, they still failed to provide strong corroboration of the men’s story.

Walton also sowed doubts about his honesty when he declared he had no prior interest in UFOs. The record showed, however, that he and his brother had shown an almost lifelong interest in the subject. Together they had filed UFO reports almost fifteen times.

Sceptics suggested the Waltons were in it for the money. Or that, because his lumberjack crew was behind on a contract from the forest department, they invented the UFO story as a way to explain their lateness. They also noted that a film depicting the Betty and Barney Hill alien abduction case had been shown on television only a few weeks before Walton disappeared, implying that the film might have planted the idea in the men’s minds.

However persuasive the sceptics’ accusations might seem, they are somewhat undercut by the fact that, over the years, Walton has been offered substantial sums of money to recant on his original story, yet has always refused to do so.

The Walton story remains controversial today. Though sceptics scoff at it, after thirty years and two Hollywood movies (The Intruders and Fire in the Sky), Travis Walton still maintains that he told the truth about what happened to him.
Next Page

Have You Been Abducted By Aliens?
Share Your Story, Join the Discussion or Seek Advice..
It's all about hybrids...the hybridization program is complete in any event. Now we wait and see what the next move. "They. Will Make"!We live in interesting times to say the least!They consist of many different groups, differentAgendas etc.One thing for. Sure they are more technically advanced. However this does not Necessarily indicate moral superiority, to think so would be a mistake. Look to our treatment of indigenous people thru history!Moral ,spiritual advancement can and does occur independent of so called scientific advancement. Psychic advances,spiritual advances are inevitable to all belngs,it's a matter of experience andwillingness to grow...change.
Dyz - 5-Sep-16 @ 4:52 AM
Title:
(never shown)
Firstname:
(never shown)
Surname:
(never shown)
Email:
(never shown)
Nickname:
(shown)
Comment:
Validate: