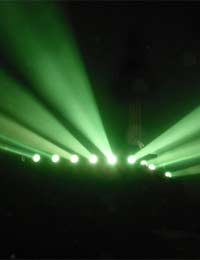 Meier’s story is an extraordinary one. Born in rural Switzerland, he claims to have been in regular contact with extra-terrestrials since the age of five. These aliens were humans from the Pleiades system, though their planet existed in some kind of alternate universe in the space-time continuum. In his early adult years, Meier “walked the Earth” in search of enlightenment, travelling widely around the world, particularly in Asia. While on this personal odyssey, he managed to lose an arm in a traffic accident.

In 1975, after he had returned to Switzerland, the aliens instructed Meier to make public his contacts with them and to pass their message on to mankind. Meier obeyed and has since published many books of what purport to be transcripts of the aliens speaking. Some but not all of these have been translated into English. In content, these transcripts are enormously wide-ranging. They provide commentary on Earth’s history, prophecies about Earth’s future, and even, amusingly, manage to get in a few denunciations of other alleged alien contactees, including George Adamski, as fakes. (Meier is the only legit contactee, according to the text).

According to the prophecies, a Third World War is going to break out sometime between 2006 and 2011. It will begin in the November of one of these years, with four prominent world leaders dying in quick succession.

Meier claims to have been the victim of numerous assassination attempts, including some mounted by “Men in Black” and extra-terrestrials who are not quite as friendly as the Pleiadians.

Accompanying the transcripts have come hundreds of photographs and videos of flying saucers. Some of the flying saucers appear literally to have landed in Meier’s back garden. Others are shown flying over the Swiss landscape. Meier has also released photographs of some of the aliens including the beautiful Semjase who, we are told, was hundreds of years old but, in the photographs, looks more like 19.

Controversy has swirled around these photographs. Many people, including some prominent UFO believers, have denounced them as fakes. Meier’s supporters ask how a one-armed man could construct elaborate models of flying saucers and position them perfectly to create the effects seen in the photographs. They contend that it would take a Hollywood special effects studio to be able to construct such fakes. The critics retort that it would not be so difficult. A few people even claim to have come across models or photographs of models of the flying saucers in Meier’s home. When confronted, he replied that these were models he had made as reconstructions to help illustrate what he had experienced. Some people even claim to have identified the mysterious Semjase as a model whose images had been clipped from a catalogue or a television series.

Meier’s story is certainly a colourful one. Many in the UFO research community have concluded that he is a hoaxer and his ex-wife has denounced him as a fraud. He does still have a number of loyal followers out there, however, waiting for World War Three to break out any time now.