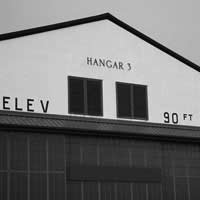 Whenever the Roswell story seems done and dusted, some new twist in it emerges. So it was in 2007, when an affidavit signed by Walter Haut entered the public domain. Haut was the public relations officer at the Roswell base, the one who issued the famous press release acknowledging that the US military had taken possession of a "flying disk". Later, of course, the military retracted that claim, insisting a mistake had been made and, in reality, it had recovered nothing more than a weather balloon.

Haut died in 2005, yet he left behind a secret notarised affidavit, which he had signed in 2002, attesting to his knowledge of the Roswell case. He gave strict instructions that the affidavit was not to be made public while he was alive. Following his death a few years later, the affidavit came into the hands of two authors working on a book about Roswell. When their book was published in 2007, the world learned what Walter Haut knew.

Contents of the Walter Haut Affidavit

Haut claimed that there were, in fact, two Roswell crashes, not one. These crashes occurred at separate locations, about 30 miles distant from one another. The principal goal of the first press release, said Haut, was to divert public attention from the second crash site. It was felt that news of the first site had already become public knowledge and there would be no point in trying to suppress it.

In the most intriguing part of Haut's affidavit, he discusses his own personal contact with what had been recovered from the crash site. At a meeting of senior officers at the base, Haut claims pieces of debris were passed around the table. These bore unusual markings, he said, and included foil-like material which was thin but extremely strong.

Later, in a heavily-guarded hangar, Haut claims he was shown an egg-shaped craft, approximately 12 feet long and 6 feet high. No portholes or landing gear were visible. In the same hangar, Haut says he caught a glimpse of some canvas-covered bodies. Haut estimated the bodies as being about the size of a 10-year old child, although he notes the heads were unusually large.

Reaction to the Walter Haut Affidavit

The most obvious question raised by the affidavit is : why did Haut keep quiet for so long? Haut had often discussed the Roswell incident publicly, and though he had even said he believed it involved the recovery of alien spacecraft and bodies, he had always insisted that he had no personal knowledge of what had been recovered. According to Haut's family, Haut had sworn to remain silent about this part of his experience. He was determined to keep his oath as long as he was alive, but felt that, upon his death, the world should know what he knew.

Not everyone, even among the community of UFO believers, has found this explanation convincing. Some note cynically that Haut was among the first to get started with the commercialisation of the Roswell phenomenon. With Glen Dennis, Haut founded the International UFO Museum and Research Centre in Roswell in 1982. Today his daughter is the director of museum. Tacky exploitation of the UFO connection is pervasive in Roswell today. Tourists flock to the town, generating millions of dollars each year, even though the alleged crash sites were up to 70 miles away, and the military base was about 8 miles away. Was old Walter just trying to help his family and home town out by reviving interest in the flagging Roswell story?

Some who spoke to Haut in his later years have also noted that his faculties were failing him. Was he really capable of turning out the pristine prose seen in the affidavit? When challenged on this point, his family conceded that someone else had typed up the statement and all Haut had done was put his name to it.

Roswell is the story that will not die. Even 60 years on it continues to produce new developments and to generate headlines around the world. Whatever you make of it, Haut's deathbed confession just adds one more fascinating layer to the mystery.

UFOs in Court : the Cash-Landrum Case
Share Your Story, Join the Discussion or Seek Advice..
[Add a Comment]
Anyone who has any doubts that Roswell happened should read Philip Corso's book.I am so glad he mentioned it in the article.
FAHFOOFNIK - 18-Feb-21 @ 12:17 AM
The authors were Carey and Schmidt right? Did they not correct the deceased Walter's craft from egg shaped to the generally accepted Stingray-like/Crescent shape? Also, Corso maintains six fingered and toes on the body he allegedly saw. All other eyewitness accounts say 3 fingers and a thumb. The Majestic 12 Manual also maintains four digits. Who is right?
Doobie - 4-Jul-16 @ 3:50 AM
This is so real, man. I can't believe it. I even saw it myself.
DR.DRAKE - 27-Mar-15 @ 1:47 PM
I'll say this: I'm a true believer that a flying saucer crashed outside the Roswell area in 1947.Why?Because I am old enough to remember the excitement of the story.It was in the newspapers not only in the Roswell paper.I was only a child, but I remember the adults talking about the story in my small rural Texas hometown.I remember exactly where I was when I heard the adults talking about the story.Being in that particular house at that time tells me it could have only been in 1947 because the next year my family moved into that house.I was five years old when we moved there and I was five in 1948.I feel fortunate that I have this memory and I have always been a true believer.I've always wanted to see a UFO but now at age 71 I still haven't seen one, but I keep looking.
Capt Kent - 24-Oct-14 @ 6:33 AM
I fail to understand why founding a museum by someone who might have been an authentic witness of part of the event, or signing an affidavit although not writting it can cast so much doubts on the essence of the experience. Is helping financially the community he lived in a wrong doing? The article does not explain the extent of Haut's incapacity. Maybe he could understand the content of the affidavit but could not phrase it as such so he signed it. Is his family lying? All of these things do not cancel the truth known to those who want to know...extra terrestrial crafts crashed in or around Roswell and the goverment of the US of A keeps entertaining themselves with merry stories about it.
Space Gladius - 19-Jul-14 @ 6:03 PM
Title:
(never shown)
Firstname:
(never shown)
Surname:
(never shown)
Email:
(never shown)
Nickname:
(shown)
Comment:
Validate: