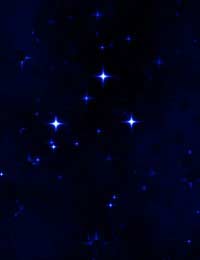 Nothing ever happens in Belgium, they say. Nothing except one of the most remarkable UFO waves of modern times, perhaps of all time. The events in question occurred between 1989 and 1990. During this period the whole of Belgium found itself seized by UFO fever.

The first recorded sighting took place in November 1989 when two policemen out patrolling in their car spotted some strange lights in the sky. Too big to be stars, the lights looked as if they belonged to a giant aircraft, one that was shaped like a triangle. They saw one light at each point of the triangle and another in the centre. When the object slowly moved off, the policemen followed along in their vehicle. Utterly mystified, they wondered what it could be. They knew of no aircraft as large as the object they could see in front of them. Besides, almost no aircraft could move that slowly or hover in the air as they had seen this one doing. Helicopters could, but it was way too large to be a helicopter, and it made no noise.

The policemen radioed their command post excitedly, reporting back what they were seeing. Not sure whether it was a joke or not, the watch officer made a note of it and filed it away. The two patrolmen continued to follow the object till eventually it stopped. Two laser-like beams shot out of either end of it, seemingly scanning the Earth below. In addition, a mysterious ball of light emerged from the vehicle, dipped down towards the ground, then, after a few moments, returned to the vehicle above. The policemen watched in utter astonishment as another giant triangular craft, exactly like the first, emerged from beyond the horizon and approached. Soon both aircraft moved away and out of sight.

This was to be the beginning of one of the world's most astonishing UFO flaps. Over the next two years, literally thousands of people were to see the same mysterious aircraft in the skies over Belgium. As in the first sighting, many of the eye-witnesses were highly credible professionals in positions of authority. Soon, the newspapers were full of it and even government ministers were discussing it openly.

With UFO sighting reports coming in continuously, and the government taking an interest, the Belgian Air Force decided it had no choice but to get involved. A new policy was set : if the presence of a UFO was confirmed by both police officers on the ground and by radar detection, the air force would scramble jets to investigate.

As a result of the new policy, one truly memorable encounter took place on the night of the 30-31 March, 1990. Following reports of a UFO being spotted, and confirmed traces of it on radar being received from multiple stations, two F-16s were scrambled to investigate. They were guided in towards their target by radar controllers on the ground. As they approached, the pilots could see two of the mystery triangle craft, their lights shifting in colour, from white to red, yellow, blue and green in an irregular sequence. The F-16s tried to get a targeting lock on the UFOs and succeeded briefly several times, but, each time they did, the UFOs would react almost immediately, accelerating away at extraordinary speeds. Doggedly, the pilots did their best to keep up. The same strange pattern, of catch-up and evasion, repeated itself several times that night, as if the UFOs were toying with the F-16s.

During the chase, the UFOs exhibited rapid changes in altitude. At one point, one of them dropped from 10,000 feet to just above ground level in the space of five seconds. The speeds, rapid accelerations and abrupt altitude changes exhibited by the UFOs would have proved fatal to any human pilot. Eventually, the lights on the UFOs winked out and the craft disappeared. The F-16s lost their target and returned to base.

Some cockpit footage, showing the UFOs as they appeared on the radar of one of the F-16s, was later shown at a press conference. The sharp changes in speed and altitude of the tracked target could clearly be seen.

Over the two years in which the sightings occurred, a few people were able to capture photographs of the mysterious triangular aircraft. They stand today as some of the most remarkable UFO images of all time.

There has still been no satisfactory explanation of the UFOs seen over Belgium between 1989 and 1990. While the official report of the air force stopped short of declaring that the aircraft were extra-terrestrial in origin, it ruled out just about every other explanation. On the whole the Belgian authorities discussed the events with great candour. It would perhaps be asking too much to expect them to come out and openly declare that alien spaceships were swarming the Belgian skies.

The Chicago O'Hare Incident
Share Your Story, Join the Discussion or Seek Advice..
It is important to note What else was happening in history when this wave occurred. Why would UFOs want to be seen around the Iron Curtain as it fell?Perhaps nuclear ordinance making its way out of the old Soviet Union was of interest to these craft.
Doc - 29-Sep-14 @ 12:20 AM
Title:
(never shown)
Firstname:
(never shown)
Surname:
(never shown)
Email:
(never shown)
Nickname:
(shown)
Comment:
Validate: