Home > UFOs & the Government > Philip J. Corso and the Use of Alien Technology

Philip J. Corso and the Use of Alien Technology 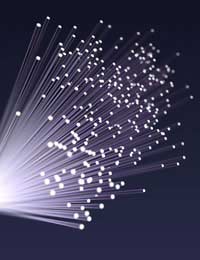 Ever since the Roswell incident some people have believed that our governments have recovered crashed alien spacecraft and so gained access to alien technology. Speculation about how it might have been used focuses most often on secret military projects. Perhaps our governments have advanced weapons systems which they intend to keep secret until “the big one” comes along – a war that presents a grave threat to national survival. But what if the alien technology wasn’t confined to military applications? What if, in fact, it was in daily use all around us? The last half century or so has seen a tremendous advance in technological knowledge. Was it just our clever clogs scientists who brought this about, or did they have a little outside help?

In 1997, Philip J. Corso, a retired U.S. Army Colonel, published a book – “The Day after Roswell” – in which he claimed that, during the years 1961-62, while he headed up a U.S. Army research division, he learned that an alien craft really had crashed at Roswell, New Mexico and that, through careful study of the debris, the U.S. military had gained some astonishing insights into new technologies. Corso claimed that he was tasked by his superior, General Arthur Trudeau, with diffusing some of this technical knowledge, through military contracting companies, into the civilian realm, where the whole human race, and certain privileged U.S. companies, could benefit tremendously from it. The result, if the account is to be believed, was many of the technical marvels of the modern world. Fibre optics, transistors, night vision goggles, lasers, and the development of integrated circuits all in part derived from the alien technology captured at Roswell, according to the book.

Corso says that he and Trudeau each swore an oath to remain silent about what they had seen while the other was alive. When his old commander died of heart failure in 1991, Corso felt released from his bond. Intriguingly, Corso estimated that only around 5% of the captured alien technology had been successfully exploited, leaving a potential treasure trove there to be developed in future.

But is Corso credible? His military records have been obtained, and though some like to quibble over minor details of it, broadly speaking he does appear to have had the background and experience that he claims. He was indeed on the staff of the National Security Council and later head of the Foreign Technology Division in the U.S. Army.

It is difficult to substantiate Corso’s claim that Roswell technology was behind the technological origins of so many products. According to his account, some of the recipients of the technology may not even have been aware of its extra-terrestrial provenance. It may have been presented to them as something that had been acquired from another nation state. And Corso claims the technology was fed to companies who were already working on developments along similar lines, making it even harder to detect any sharp surge of innovation.

Corso was in his 80s when his book, co-written with William Birnes, first appeared. He died in the following year. Some have suggested that, in his later years, he may not have been in full possession of his faculties.

The UFO research community has by no means been uncritical of Corso. Some believe that he was a nice enough old gent, and may even have believed what he was saying, but that real-life and fanciful fabrication somehow got intermingled in his mind during his declining years.

Much of the presentation of history in his book seems tinged with far right-wing, McCarthyite-style, paranoia. He portrays the CIA, for example, as riddled with communist sympathisers who wanted to get their hands on the Roswell technology so they could promptly hand it over to the Russians. While these views don’t necessarily discredit everything he has to say, they do cause some to question his judgement overall.

Philip J. Corso’s account of his life and adventures with alien technology is either the ultimate insider account of the government UFO cover-up, or one of the most colourful confabulations of modern times. The jury remains out. Read his book and decide for yourself.

Area 51 And The Debate About Aliens And UFOs
Share Your Story, Join the Discussion or Seek Advice..
my take on high-credibilty witnesses, is that IF you find a witness w/ HIGHER credibility, then you def go w/ that; if not, still: you go w/ the witness that has the highest credibility; corso is one of the highest; also project camelot Lt col french, same story as corso, + a US national guard general, same story
Barry Smith - 15-Oct-14 @ 6:05 PM
I wanted to comment on a result of Corso's book which is unreasonable, hurtful, and just not true. Well, what is that? It is the assertion that exotic technologies are NOT the result of smart people doing rigorous, creativedevelopments, but that it is all passed on from alleged aliens at Roswell. I've been told on and off for the last 10 years that my invention of fractal antennas came from Roswell. I thought it was amusing at first,and let it slide. But these days I get more than a dozen emails a month that make this assertion, and some even accuse me of dangerouslyallowing alien technology out that threatens the world. Indeed! Please: even you if buy into Corso's premise, that doesn't mean a nifty or exotic technology came about from aliens. In my case I know exactly how fractal antennas came about--and it certainly wasn't by someone from the government conveying an alien secret. Aliens had nothing to do with it. American gumption had a lot to do with it. So can you UFO -interested folks kindly cut me some slack? I am a real person doing real things, and the notion that aliens should be credited with the efforts of many years of blood sweat and tears is hurtful and just not right. Many thanks. And I wish you all the best.
Chip - 26-Oct-11 @ 9:41 PM
Title:
(never shown)
Firstname:
(never shown)
Surname:
(never shown)
Email:
(never shown)
Nickname:
(shown)
Comment:
Validate: