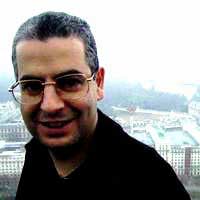 The television series “The X-Files” created a memorable portrait of two government investigators isolated within a large and often hostile bureaucracy, doggedly pursuing the elusive truth about UFOs. Could Britain have had something similar? It seems we did. The Ministry of Defence has a “UFO desk” – one person who is responsible for analysing the UFO reports that come in and deciding whether they are of any “defence significance”, as well as handling inquiries from the press or members of the public.

We know this because one of the men who manned this “UFO desk” got a little more interested in his job than most of the faceless civil servants who had done it before him. His name was Nick Pope. And after his standard three-year stint in the post, he went public with what he had found. He wrote books and articles about UFOs. He even started his own website.

According to accounts he later wrote of his work, Pope had untrammelled authority to investigate any UFO incidents in Britain. He could order air traffic controller tapes to be sent to him and could go and interview government personnel who might have been involved in a sighting. Most reports that came in had conventional explanations, he said. The usual suspects such as civilian or military aircraft or the planet Venus accounted for 90% of the “UFOs”. But there was a hard core of 10% which could not be readily explained.

Pope started in the job knowing little about UFOs, but being somewhat sceptical about them, although not completely closed-minded. As he delved deeper into the subject, exploring the UFO research literature and carrying out his own investigations, his scepticism turned into belief: not the absolute conviction that we were being visited by extra-terrestrials, but the sense that it was more likely than not. There were, it seemed to him, simply too many credible reports from responsible people to dismiss the possibility out of hand.

The most compelling UFO incident during Pope’s time in office occurred on the 31st March 1993. On arriving at work on April Fool’s day, he found that reports of the sighting of something strange in the sky the night before were piling up on his desk. There were numerous eye witnesses, many were government employees in positions of responsibility and they were found all over the country. All described a huge “jumbo-jet” size aircraft shaped like a diamond. One witness saw it hover and train a powerful search beam on the ground. Pope scanned the air traffic control records for a trace of it but found none. Whatever it was, it didn’t show up on radar.

The witness reports seemed too compelling to ignore, however, particularly when similar reports came in from neighbouring countries in the following days. Pope wrote up a report on the subject and concluded “Type of craft – unknown; origin of craft – unknown; motive of occupants – unknown.” He believes this was the most significant wave of UFO sightings ever to occur in Britain.

Pope’s superiors were becoming a little bemused at his growing belief in “little green men”. They may have thought that he had “gone native” on the subject. To circumvent their scepticism, he would employ prevarications. Rather than say “UFO” in his report, he would talk about “unidentified craft”. The report was duly read and passed up the hierarchy. Nothing much was done, however. It was simply read and filed away.

Pope believes the date of the incident was significant: 31st March, the day before April Fool’s day. This would mean, of course, that any reports of the incident in the press the following day would tend to be dismissed as April Fool’s day hoaxes. Pope noted that similar sightings had occurred on exactly the same date in Belgium precisely three years before. He speculates that perhaps the controllers of the mystery vehicle were aware of our April Fool’s day traditions and took advantage of them for their own purposes by timing their appearance for the night before.

Although Pope made efforts to build bridges to the UFO research community while in office, and now seems to consider himself a part of it, he is not without his critics. Some consider Pope’s whole story as nothing but an elaborate disinfo op. According to him, the British government knew next to nothing about UFOs, and had little interest in them either. He paints a portrait of benign cluelessness. Many UFO researchers are convinced that, whatever the truth about the UFO mystery, our governments are deeply involved in it. Could Pope’s whole picture of a bumbling British government be nothing but a cover story?

Others think that, while Pope himself may be completely sincere, he was simply out of the loop on the big issues; that somewhere, deep within the bowels of the British government, there are many who are fully immersed in the UFO phenomenon; and that poor Nick Pope, manning the “UFO desk” at the MOD, was nothing but a clueless front-man tasked with handling public relations.

Whatever you make of them, Nick Pope’s writings offer a fascinating perspective on the UFO phenomenon. If you would like to read some for yourself, you can visit his website where there are many free articles or buy one of the several books he’s written on the subject.