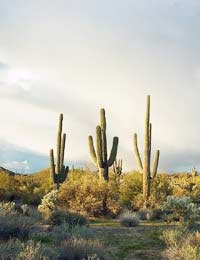 In April 1964 Lonnie Zamora, a police officer in Socorro, in the U.S. state of New Mexico, was going about his usual duties, pursuing a speeding motorist, when he heard what sounded like an explosion some distance away. Peering across the New Mexico scrub desert, he could see some kind of flame about a mile away in the distance. Forgetting all about the no doubt relieved motorist, he quickly drove towards the scene.

As he approached, he glimpsed some kind of vehicle with two humanoid figures standing close to it. Small - perhaps children, thought Zamora – and wearing some kind of uniform, they reacted excitedly when they saw him. Drawing closer, Zamora could see that the vehicle was not a car as he had mistakenly assumed, but something extraordinary. Perched high on raised legs, the main body of the vehicle was oval in shape, and had a silvery metallic sheen with some kind of red logo imprinted on the middle. Bewildered, Zamora wondered whether it might be an experimental aircraft from the nearby test range - the White Sands Proving Ground.

When he got as close to the object as he could on the road, Zamora got out of his car and began walking across the desert towards it. The figures he had seen were now no longer visible. As he got within about 15 metres, Zamora heard a metallic clanging like doors thudding shut. Soon afterwards, he heard a much louder sound, like a whoosh and a sudden roar. As the roar continued to build in intensity, Zamora feared that something was going to explode. Frightened, he scrambled back across the desert towards his car. As the noise from the object reached a crescendo, Zamora flung himself to the ground and stole a glance at it. He saw an eruption of blue flame as the vehicle took off and sped at a low angle into the sky. Once it had taken off the tremendous roar ceased, replaced by a much quieter, high-pitched keening. The object moved at great speed and within seconds had vanished into the distance.

Zamora radioed for assistance and his colleague Chavez soon arrived on the scene. Together, they inspected the site and saw the indentations left in the desert sand by the object’s landing gear, as well as what looked like oddly-shaped footprints and mysterious scorch marks left on the earth. Chavez recalled later that Zamora looked badly shaken.

Reaction to the Socorro Incident

Although his colleague was able to verify parts of his story by inspecting the scene with him afterwards, much of the incident’s credibility undoubtedly hinges on Lonnie Zamora personally. Those who knew Zamora considered him reliable in the extreme. He had the reputation of someone who was a staid and by-the-book police office, if anything almost too strict in the performance of his duties. No one could believe that Zamora could be involved in a deliberate hoax.

The Socorro incident was one of those investigated by the U.S. government’s official inquiry into UFOs – Project Bluebook. The Bluebook investigators, including J. Allen Hynek, were deeply impressed by Zamora’s integrity. Whatever had occurred, it was clear that, in telling about it, Lonnie Zamora was perfectly sincere. Zamora himself seemed troubled by the incident and appeared almost eager for the government investigators to tell him that the vehicle was part of some secret government project. The Bluebook staff looked into this possibility but could find no trace of anything resembling what the police officer had seen.Sceptics have struggled to explain away the Socorro incident. Their best attempt was to suggest that Zamora had conspired with the local mayor to hoax a UFO incident in an attempt to boost tourist traffic. Most investigators dismiss this as laughably implausible.

An account of the Socorro incident was later published in a classified CIA journal, Studies in Intelligence. Since declassified, the article called the Socorro sighting “the best-documented case on record”. It certainly remains one of the most remarkable in the annals of ufology.

UFOs in Court : the Cash-Landrum Case
Share Your Story, Join the Discussion or Seek Advice..
To ignore all the evidence of UFO's and extraterrestrials would be like denying that you have a nose on your face. Wake up. Do some Googling - start with 'Ufo Sightings'.
Jerry - 15-Aug-16 @ 7:57 PM
Title:
(never shown)
Firstname:
(never shown)
Surname:
(never shown)
Email:
(never shown)
Nickname:
(shown)
Comment:
Validate: